As a founding partner, Mike has built Estey Bomberger to be one the premier personal injury law firms in the United States. Mike’s vision for Estey Bomberger is based a simple belief of promoting core values of respect, integrity, and honesty with his clients, partners, peers, and employees. Mike believes that successful organizations run best with a team that works well together. His outstanding law firm has achieved impressive results in the form of high-dollar verdicts and settlements for personal injury cases and has countless satisfied clients. Mike has acted as co-counsel on cases resulting in verdicts of $30 million, $23 million, and $10.8 million over the past 2 years.

Mike has been awarded multiple professional designations for his achievements. He has been named to the National Trial Lawyers Top 100 list. He received a highest-possible 10.0 “superb” rating from Avvo.com, an unbiased national review site that rates lawyers to assist consumers in comparing the qualifications of attorneys.  He received the highest possible rating with Avvo for experience, industry recognition, and professional conduct. Mike has also been given the designation of Superlawer (a distinction given to less than 5% of all attorneys) for the last several years given the results his cases have garnered for his clients. Additionally, Mike is a member of the Million Dollar Advocates Forum and Multi-Million Dollar Advocates Forum in recognition of his multiple multi-million-dollar results through verdict and settlement.  Less than one percent of attorneys qualify for this distinction. Mike is also a member of The Verdict Club, reserved for attorneys who have recovered verdicts or settlements in excess of $1 million. In addition, the Attorney Search Network, a California State Bar certified lawyer referral service, awarded Mike with its highest possible AAA rating. Mike is also a Law Dragon national finalist.

Mike is in high demand as an expert on brain injury, birth injury, bicycle accidents, pedestrian accidents and more. Some of his most notable media interviews are linked below; a full list is here. 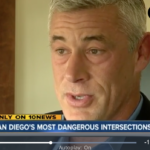 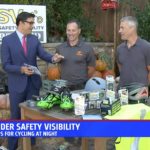 Mike is a member of various professional organizations, including the American Association of Justice, the California Trial Lawyers Association, the Los Angeles Trial Lawyers Association, the San Diego Consumer Attorneys, the Presidents Club of the California Consumer Attorneys, and the National Brain Injury Association. Mike’s active participation in these organizations has helped provide him with the resources to take on multimillion dollar cases against large corporations and insurance companies.

He is married and has four children. Mike frequently serves as coach for his children’s multiple sports teams.

Mike enjoys his practice and works with people at his firm that he truly enjoys. He founded Estey Bomberger in 1994 with his best friend from law school Steve Estey. Like Steve, Mike developed a highly competitive nature through a lifetime in athletics. Mike embraces the challenges of serving and helping injured clients against insurance companies and corporations that only value the bottom line.  In almost 20 years of practicing together with Steve, Mike has only served injured victims; the firm does not represent corporations or insurance companies.